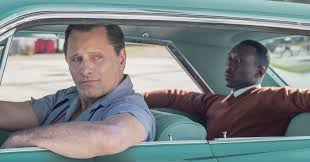 The 91stseason of the Academy Awards are now history. Amidst displays of fashion, outstanding musical performances and good-natured humor, we witnessed awards given for outstanding achievements in the film industry. I want to mention some of these films and a few lessons I learned at the movies this past year:

Green Book was awarded “Best Picture,” “Best Actor,” “Best Actor in a Supporting Role,” and “Best Original Screen Play.” The movie is inspired by the true story of musician Don Shirley. Shirley was a black classical and jazz pianist that toured the Midwest and Deep South in 1962. The film gets its name from a guidebook titled, “The Negro Motorist Green Book,” written by Victor Hugo Green. It was what enabled African Americans to find welcoming motels and restaurants.  To further ensure his safety, Don Shirley hired an out of work Italian New York City Night Club bouncer, known as “Tony, the lip.”  Tony carried prejudice against African Americans and gays. Don Shirley fell into both categories.

As performer and bodyguard the two develop an unlikely friendship and discover the richness of broadening their relational worlds. While some have criticized the film for being simplistic, it nevertheless demonstrates the irrationality of racial and gender prejudice. Yet, the reality is that some sort of prejudice still resides in most, if not all of us. Think of those who you might automatically exclude from your relational world. If your list doesn’t include racial or gender bias, it may include other socially constructed boundaries: the disabled, the poor, the aged, the wealthy, Republicans or Democrats. Today’s list might even include fat people, smokers, and those who speak with a foreign or even a regional accent.

The next time the opportunity presents itself for you to expand your relational world consider the richness that may await you if you open yourself to new possibilities. After consideration, simply engage.

Roma was awarded “Best Foreign Language Film,” “Best Achievement in Directing,” and “Best Achievement in Cinematography.” Set during the early 70’s in Mexico City, the central character is Cleo, an indigenous maid who works for a doctor and his family. The cinematography and story line reveal the contrasts between the details of an ordinary life lived in the context of much larger urban and global setting. Through the micro lived in the context of the macro we witness the significance and meaning of ordinary moments in the life of an impoverished indigenous maid.

The film is a potent reminder to pay attention to the everyday – every page we turn on the calendar offers us opportunities to shape the course of our lives and the lives of others. In the words of Eugene Peterson, “Our culture conditions us to approach people and situations as journalists; see the big, exploit the crisis, edit and abridge the common place, interview the glamorous. But the Scriptures and our best pastoral traditions train us in a different approach: notice the small, persevere in the commonplace, appreciate the obscure.”  So let’s remember to think “small.”

First Man  won the Academy Award for “Best Achievement in Visual Effects.” The film follows the story of Neil Armstrong’s landing on the moon in 1969. In the film, we learn of personal setbacks for Armstrong including aviation mishaps, the death of his young daughter and two of his colleagues. At the same time NASA has its own setbacks. Yet, in spite, of personal and corporate challenges, Armstrong embodies the realized dream of landing on the moon for a nation with a vision of doing exactly that. The infamous words “a small step for man and a giant leap for mankind” remain etched in our collective memory. The film captures the sentiment of then President John F. Kennedy, “We choose to go to the Moon in this decade and do the other things, not because they are easy, but because they are hard.” Note these examples of achievements that were once considered impossible:

Do you have a pursuit or dream that others may consider impossible? Just perhaps it is an opportunity to realize a dream of your own.

Three Identical Strangers did not win any Academy Awards but was nominated for “Award for the Best Documentary” from BAFTA (The British Academy for Film and Television Arts). This film is about the true story of male identical triplets who were born and then separated through adoption in 1961. Each child was adopted from the same agency and then placed into the homes of three economically diverse families. However, none of the parents were told their adopted child had siblings. Through a remarkable turn of events at age 19 the boys discovered one another, which brought them to fame because of their remarkable story and then launched them on a search for the circumstance of their adoption. Discovery of the events surrounding their adoption reveals an ethical dilemma and illustrates the long-standing “nature-nurture” debate, a controversy seeking to reveal what determines our behavior or at least what is most influential in determining behavior. My own conclusion from watching the film is that while both nature and nurture influence how our lives are formed, each person still has the responsibility to make significant choices, which will steer the course of their life. Yet, while we are free to make actual choices, we are never free from the consequences of those choices. Given the DNA that you have and the context in which you are reared, you still have the responsibility to choose. So its important to choose and to choose wisely.